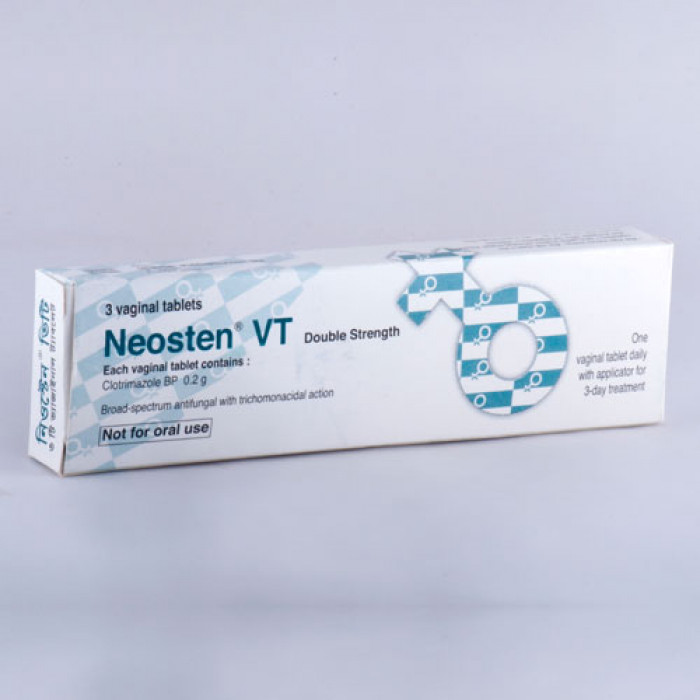 Clotrimazole rectal preparation is used to treat vaginal itching, burning, and discharge caused by recurring vaginal yeast infections (Vaginal candidiasis), as well as vaginitis caused by Candida species and Mycotic infections exacerbated by other microorganisms responsive to the medicine.

Clotrimazole is a broad-spectrum antifungal medication that is used to treat skin infections caused by a wide range of pathogenic dermatophytes, yeasts, molds, and bacteria. Clotrimazole is also effective against gram-positive bacteria such as Staphylococci and Trichomonas. Clotrimazole, like other imidazoles, interferes with cell wall lipids, altering fungal cell wall permeability. At low concentrations, the primary action of fungi is suppression of ergosterol synthesis; however, at higher concentrations, a secondary mechanism of membrane damage unrelated to sterol production occurs.

In most cases, a three-day treatment is adequate for Candida vaginitis. Clotrimazole 200 mg vaginal preparation is inserted as deeply as possible into the vagina on three consecutive nights. This is best accomplished by lying on your back with your knees slightly bent.

In general, a 6-day treatment is sufficient. This applies also to mixed infections with the above-mentioned causative organisms. On six consecutive nights, 1 A 6-day treatment is usually sufficient. This also applies to mixed infections caused by the aforementioned causative organisms. 1 Clotrimazole 100 mg vaginal preparation is inserted as deeply as possible into the vagina on six consecutive nights. If needed, 2 Clotrimazole 100 mg (1 in the morning and 1 in the evening) or 1 Clotrimazole 200 mg daily for 6-12 days can be used. Treatment should be scheduled to avoid the menstrual cycle and completed before menstruation begins. To prevent re-infection, the partner should be treated locally with Clotrimazole cream at the same time.

One vaginal tablet provides complete treatment in a single dose. The tablet should be inserted as deeply into the vagina as possible. This is best accomplished by lying on your back with your knees slightly bent. It is recommended that the treatment be timed to avoid the menstrual cycle. The partner should be treated locally with Clotrimazole cream at the same time to prevent re-infection.

It is contraindicated in patients with known hypersensitivity to any of the components of this product.

Since there is practically no Clotrimazole absorption through the vaginal skin, no systemic effect is expected. The local tolerance of Clotrimazole vaginal tablet is generally good. Local irritation or burning sensation may occur in very few cases but these symptoms are not considered harmful.

Protect from light and moisture by storing in a cool, dry place below 30°C. Keep out of children's reach.

Ratings & Reviews
No review
Check our pricing section for Neosten VT Vaginal Tablet 200mg price in Bangladesh. After Submitting Order, You will receive a phone call for verification, price and delivery confermation. We deliver inside/outside Dhaka (Delivery all over Bangladesh). We offer express/urgent medicine delivery inside Dhaka. Do not forget to check discount/cashback offers if you are eligible to avail any.