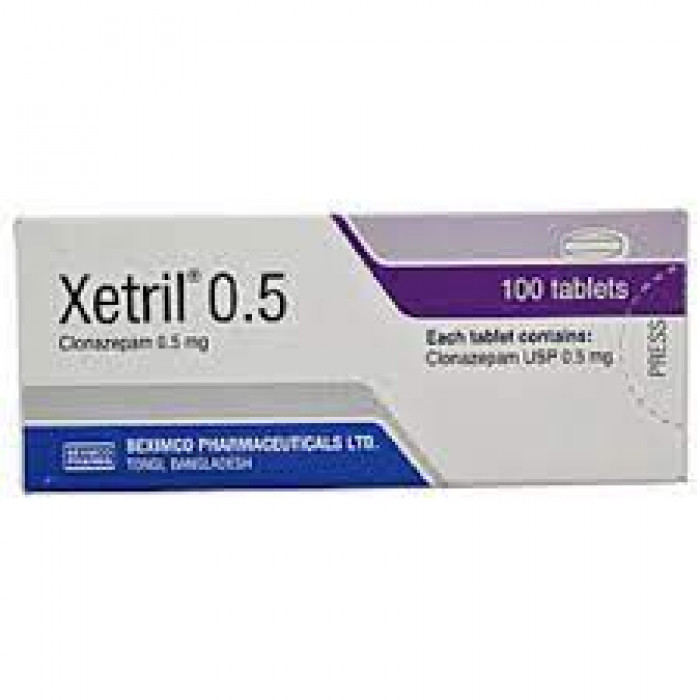 It's used to treat panic disorder, both with and without agoraphobia. Panic disorder is defined by the occurrence of unexpected panic attacks, as well as the fear of having further attacks and concern about the implications or consequences of the attacks.

It's also used to treat Lennox-Gastaut Syndrome (petit mal form), akinetic seizures, and myoclonic seizures, either alone or in combination. Patients with absence seizures (petit mal) who have not responded to succinimides may benefit from it.

Xetril 0.5 mg's effectiveness in long-term use, defined as longer than 9 weeks, has not been well investigated in controlled clinical research.

Xetril 0.5 mg's effectiveness in long-term use, defined as longer than 9 weeks, has not been well investigated in controlled clinical research. If a physician decides to use Clonazepam for a longer period of time, he or she should reevaluate the drug's long-term effectiveness for the patient on a regular basis.

Clonazepam shows pharmacological properties which are common to benzodiazepines and incorporate anticonvulsive, narcotic, muscle unwinding, and anxiolytic impacts. The central activities of benzodiazepines intercede through an upgrade of the GABAergic neurotransmission at inhibitory neural connections. Within the nearness of benzodiazepines, the liking of the GABA receptor for the neurotransmitter is upgraded through positive allosteric tweak coming about in an expanded activity of discharged GABA on the postsynaptic transmembrane chloride particle flux.

There is moreover creature information appearing an impact of clonazepam on serotonin. Creature information and electroencephalographic examinations in man have appeared that Xetril 0.5 mg quickly stifles numerous sorts of paroxysmal movement counting the spike and wave release in nonattendances seizures (petit mal), moderate spike wave, generalized spike wave, spikes with worldly or other areas as well as sporadic spikes and waves. Generalized EEG anomalies are more routinely stifled than central anomalies. Concurring to these discoveries Xetril 0.5 mg has advantageous impacts in generalized and central epilepsies.

Adults: The initial dose for adults with seizure disorders should not exceed 1.5 mg/day divided into three doses. Dosage may be increased in increments of 0.5 to 1 mg every 3 days until seizures are adequately controlled or until side effects preclude any further increase. Maintenance dosage must be individualized for each patient depending upon response. The Maximum recommended daily dose is 20 mg.

The initial dose for adults with panic disorder is 0.25 mg given in two divided doses. An increase to the target dose for most patients of 1 mg/day may be made after 3 days.

Pediatric Patients: In order to minimize drowsiness, the initial dose for infants and children (up to 10 years of age or 30 kg of body weight) should be between 0.01 and 0.03 mg/kg/day but not to exceed 0.05 mg/kg/day given in two or three divided doses.

Infants and children: half of a vial (0.5 mg) by slow IV injection or by IV infusion.

Adults: 1 vial (1 mg) by slow IV injection or by IV infusion. This dose can be repeated as required (1-4 mg are usually sufficient to reverse the status). In adults, the rate of injection must not exceed 0.25 - 0.5 mg per minute (0.5-1.0 ml of the prepared solution) and a total dose of 10 mg should not be exceeded.

Phenytoin, carbamazepine, and phenobarbital do not appear to be affected by clonazepam. Xetril 0.5 mg's impact on other drugs' metabolism hasn't been studied.

It should not be used in patients who have a history of benzodiazepine hypersensitivity, as well as those who have clinical or biochemical signs of substantial liver disease. It can be utilized in people with open angle glaucoma who are on the right medication, but it's not recommended for acute narrow angle glaucoma.

Side Effects of Xetril 0.5 Tablet

Xetril 0.5 mg's most common adverse effects are depression of the central nervous system (CNS). Drowsiness has been reported in roughly 50 percent of patients treated for seizures, with ataxia occurring in approximately 30 percent. These may improve with time in some situations; behavior issues have been reported in about 25% of patients. Aphonia, coma, tremor, vertigo, disorientation, sadness, amnesia, hallucinations, hysteria, increased libido, sleeplessness, psychosis, and palpitations are some of the symptoms that can arise.

Pregnancy: From preclinical considers it cannot be prohibited that clonazepam has the plausibility of creating inherent deformities. From epidemiological assessments, there's proof that anticonvulsant drugs act as teratogens. Be that as it may, it is troublesome to decide from distributed epidemiological reports which sedate or combination of drugs is responsible for absconds within the infant. The plausibility exists that other variables e.g. hereditary variables or the epileptic condition itself may be more critical than sedate treatment in driving to birth surrenders. Beneath these circumstances, the sedate ought to as it was being managed to pregnant ladies on the off chance that the potential benefits exceed the chance to the hatchling. Amid pregnancy, Xetril 0.5 mg may be managed as it were in case there's a compelling sign.

High doses given during the last trimester of pregnancy or during labor might induce disturbances in the unborn child's heartbeat as well as hypothermia, hypotonia, mild respiratory depression, and poor feeding in the newborn. It's important to remember that both pregnancy and abrupt drug withdrawal can cause epilepsy to worsen. Benzodiazepines have been linked to withdrawal symptoms in newborn infants on rare occasions.

Xetril 0.5 mg may increase the incidence or hasten the beginning of generalized tonic-clonic seizures in patients who have multiple distinct forms of seizure disorders. This may necessitate the addition of or an increase in the dosage of anticonvulsants. The use of valproic acid and Xetril 0.5 mg at the same time can cause absent status.

Keep away from light and heat in a dry location. Keep out of children's reach.

Ratings & Reviews
No review
Check our pricing section for Xetril 0.5mg (10pcs) price in Bangladesh. After Submitting Order, You will receive a phone call for verification, price and delivery confermation. We deliver inside/outside Dhaka (Delivery all over Bangladesh). We offer express/urgent medicine delivery inside Dhaka. Do not forget to check discount/cashback offers if you are eligible to avail any. 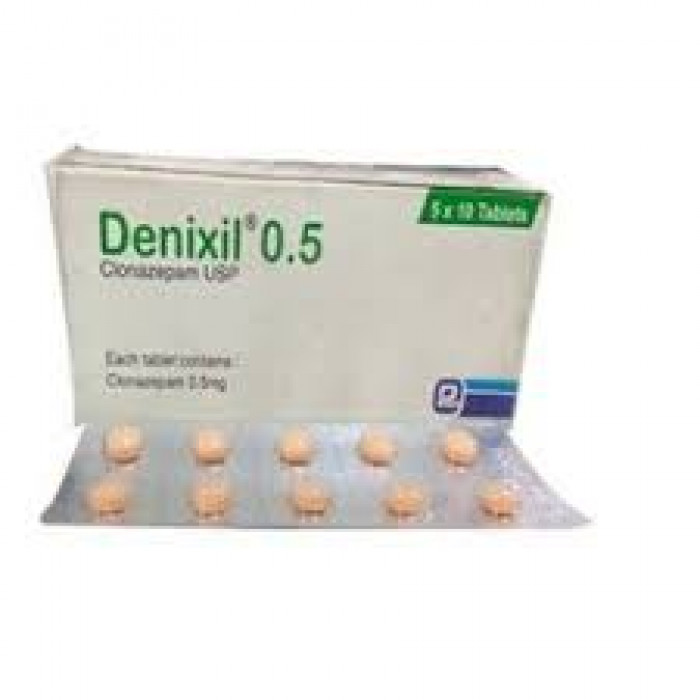 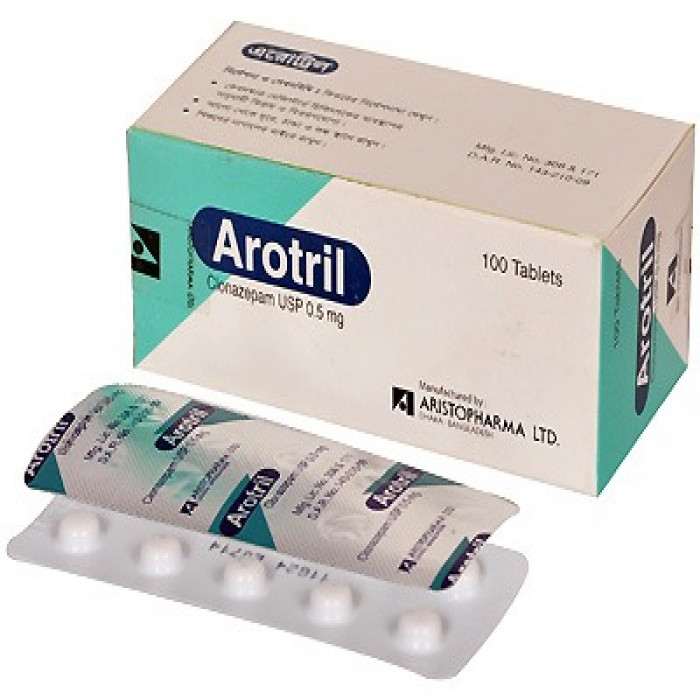 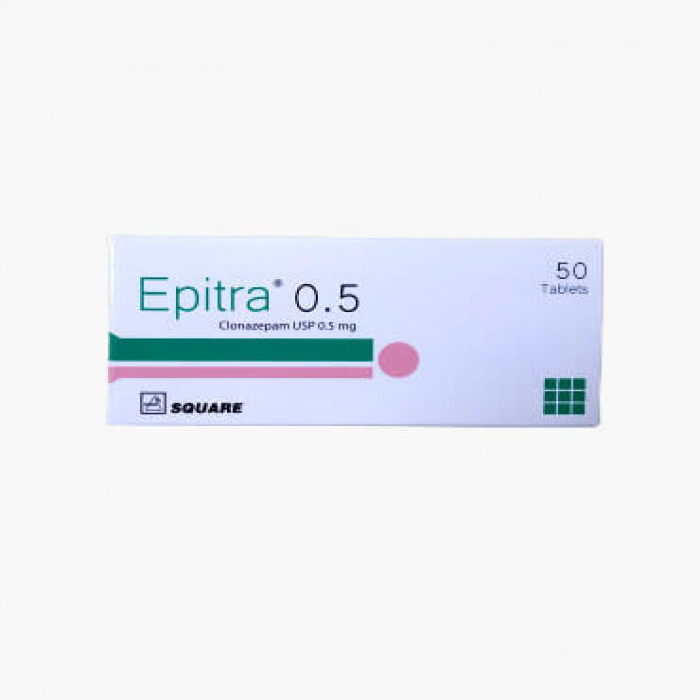 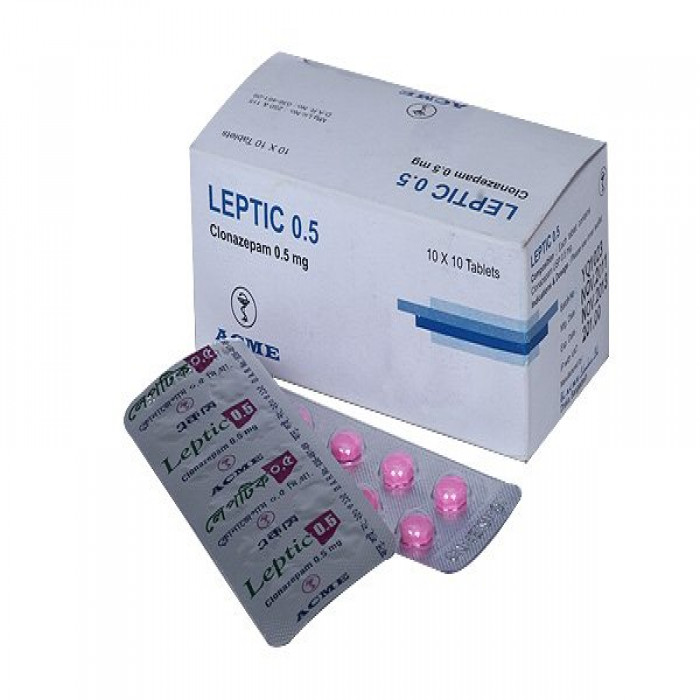 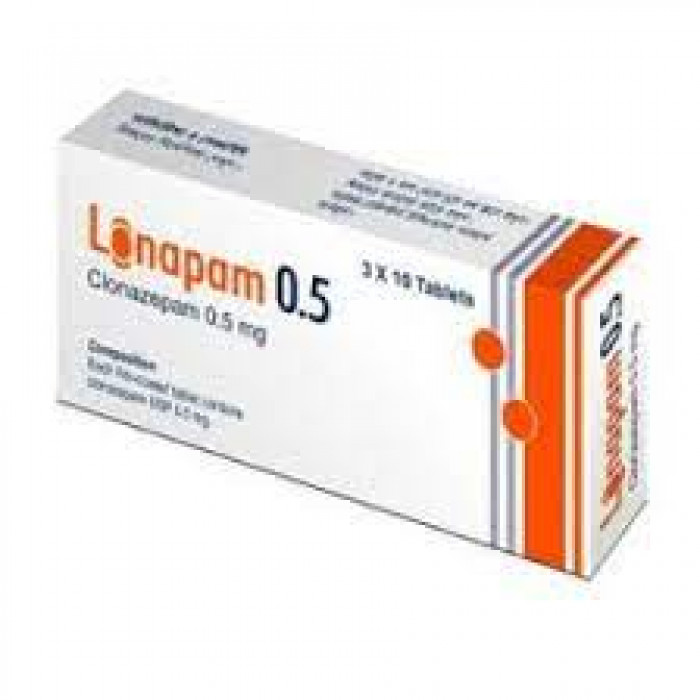