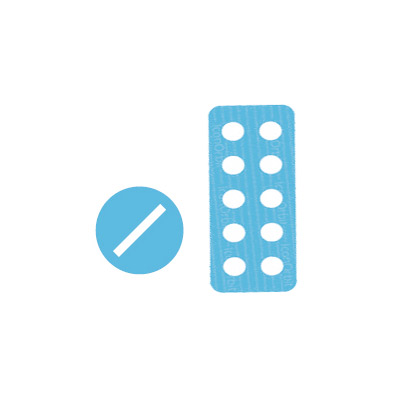 Frusemide & Spironolactone combination is indicated in-

Dosage: Furosemide 20 and spironolactone 50 mg: 1 to 4 tablets daily according to the patient's response.

Side effects: Spironolactone may give rise to headache and drowsiness and gastrointestinal distress, including cramp and diarrhoea. Ataxia, mental confusion, and skin rashes have been reported as side effect. Gynaecomastia is not uncommon and in rare cases breast enlargement may persist. Other endocrine disorders including hirsutism, deepening of the voice, menstrual irregularities and impotence. Transient increase in blood-urea-nitrogen concentrations may occur and mild acidosis has been reported. Spironolactone may cause hyponatremia and hyperkalemia. Excessive diuresis may result in dehydration and reduction in blood volume with circulatory collapse with the possibility of vascular thrombosis and embolism particularly in elderly patients. Serious depletion of potassium and magnesium may lead to cardiac arrhythmias.

Precautions: Caution should be taken in patients liable to electrolyte deficiency. This preparation should also be used with caution in diabetes, enlarged prostate, hypotension and in hypovolemia.