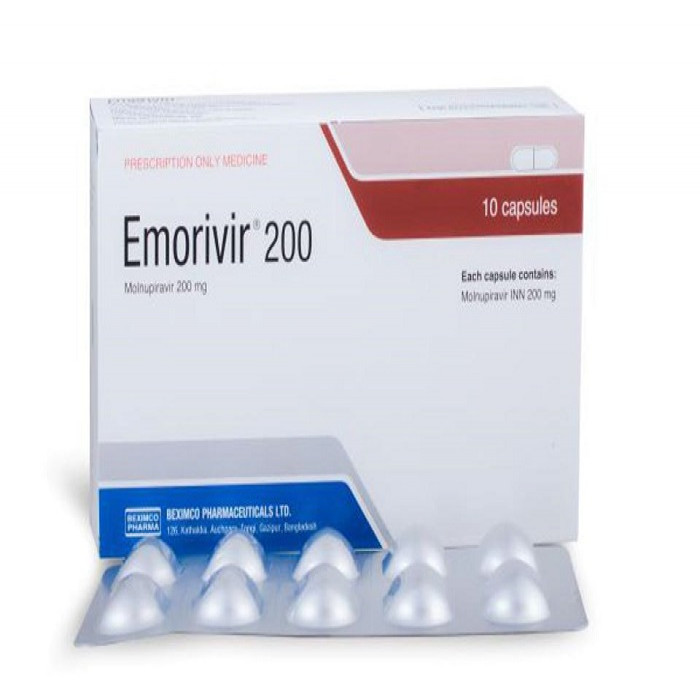 Molnupiravir is an antiviral medicine used to treat mild to moderate COVID-19 (caused by SARS-CoV-2) in adults who are at risk for developing severe illness. Molnupiravir may help people with COVID-19 stay out of the hospital and feel better.

Molnupiravir inhibits viral reproduction by promoting widespread mutations in the replication of viral RNA by RNA-directed RNA polymerase. It is metabolized into a ribonucleoside analog that resembles cytidine, β-D-N 4-Hydroxycytidine 5′-triphosphate (also called EIDD-1931 5′-triphosphate or NHC-TP). During replication, the virus's enzyme incorporates NHC-TP into newly-made RNA instead of using real cytidine.

Molnupiravir can swap between two forms (tautomers), one of which mimics cytidine (C) and the other of which mimics uridine (U). NHC-TP is not recognized as an error by the virus' proofreading exonuclease enzymes, which can replace mutated nucleotides with corrected versions. When the viral RNA polymerase attempts to copy RNA containing molnupiravir, it sometimes interprets it as C and sometimes as U. This causes more mutations in all downstream copies than the virus can survive, an effect called viral error catastrophe or lethal mutagenesis.

Dosage: The recommended dose of Molnupiravir is 800 mg (four 200 mg capsules), every 12 hours for 5 days. Molnupiravir should be started within 5 days of the onset of COVID-19 symptoms.

This medicine can be taken with or without food. 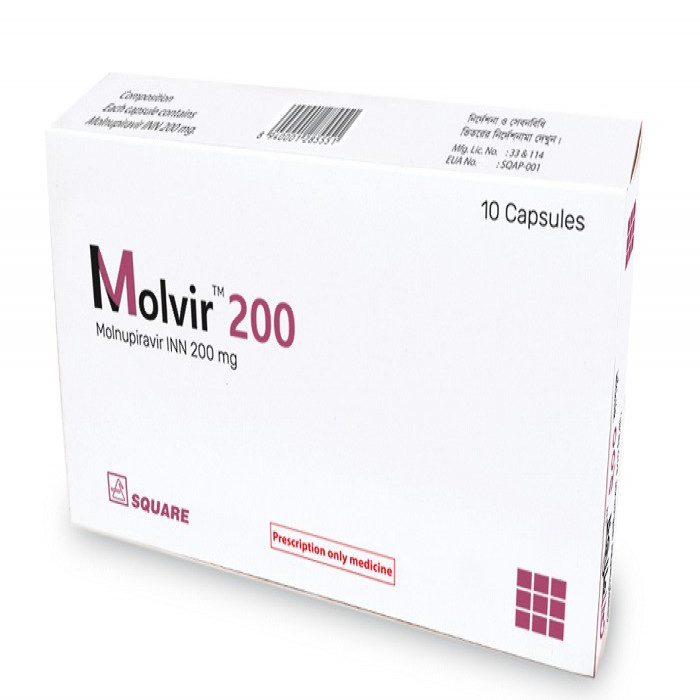 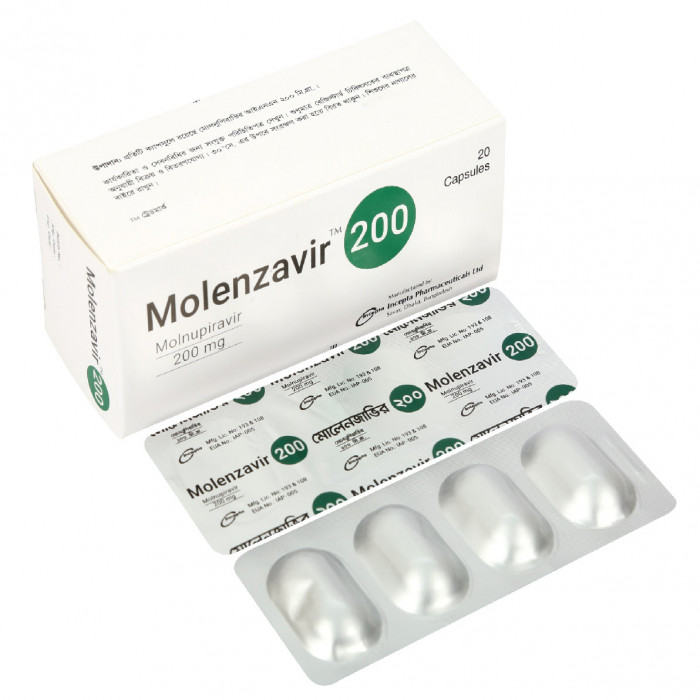 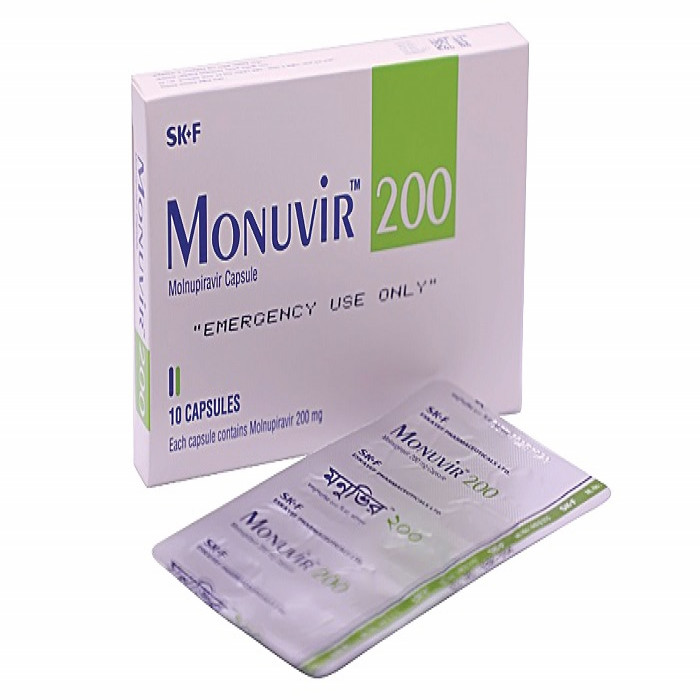